Was Alfred the Great really ‘great’? 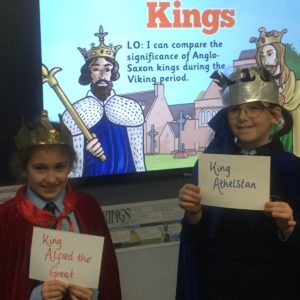 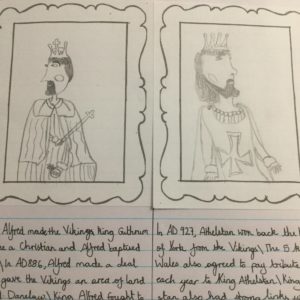 In our History lesson today,  we learnt all about King Athelstan and King Alfred the Great; the kings of Anglo-Saxon Britain. We considered whether we thought King Athelstan was as ‘great’ as Alfred.

We learnt all about the influential things the two kings did and thought about their actions and achievements and why they are such important historical figures.

Thank you to JF and CB for representing the two Kings today!

After being taught how to ‘sketch’, we sketched portraits of the two kings and explained which king we thought was the greatest and why.

We realised that the two kings both made a big impact to the people of the time and we will be learning more about how they shaped British history.