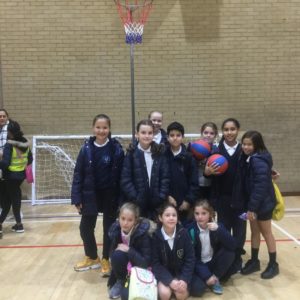 “Today, ten children selected from the Year 5 and Year 6 Netball club went to a Netball tournament. It was so much fun!

We played five matches and won three of them! We all played in each position which was quite difficult because some of the positions were not ones we were used to.

In the end we actually played quite well and we are proud of our resilience shown.

Overall, we came second place from the North of Westminster. Everybody enjoyed the tournament and we came back to school feeling very happy indeed.”