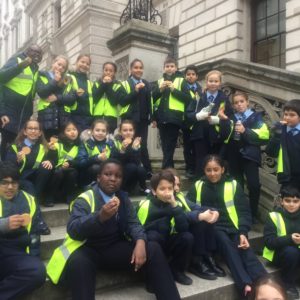 We walked through the labyrinth of rooms and corridors that stretch below Westminster that sheltered Winston Churchill and his war cabinet from the German bombing raids.

We had a fascinating visit and it brought our history learning to life-it was amazing to see the rooms where Churchill said his famous quote ‘THIS IS THE ROOM FROM WHICH I WILL DIRECT THE WAR.’