The Tudors and Shakespeare Topic

Our next topic in Year 4 will be The Tudors and Shakespeare! 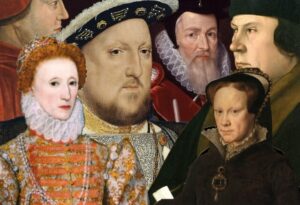 The Tudors are one of the most famous dynasties of kings and queens in British history. Their rule lasted from 1485-1603 and brought about many changes to religion, politics and daily life in England. We will also be looking at the life and work of William Shakespeare who lived during the Tudor era. Shakespeare is one of the most famous writers in the English language.

We are so lucky that during the Summer Term we will be working with the Primary Shakespeare Company to put together a performance of Act 2 from Macbeth by William Shakespeare. We will be performing it just like the Lord Chamberlain’s Men at a festival alongside other schools from our borough in June!

Each week you will have Curriculum homework which links to our topic posted on Google Classroom. You will be able to use the skills and knowledge from the homework in our lessons!

Before then, I would like you to find out more about the Tudors and Shakespeare. Use a child-friendly search engine such as Kiddle to answer the following questions as a comment below:

1.) What is Henry VIII, a Tudor monarch, famous for?

2.) What kind of things did William Shakespeare write?

3.) What is something you would like to find out about the Tudors or William Shakespeare?

I hope you had a relaxing Easter break and managed to rest well! I really love this period of history and I am so excited to begin our drama workshops soon!

20 comments on “The Tudors and Shakespeare Topic”